Last night I finally touched down on Bonaire after a 28-year absence. And it was as exciting as I thought it would be. But, my Goodness, is it hot!

My flights all went according to plan, although it was a long day, as I had to get up at 2:00 a.m., and finally arrived at the TWR guest house at 7:00 p.m. Flamingo Airport is basically the same as you enter from off of the plane. Once you pass Customs and drive away, the first thing you notice is how built up and busy Bonaire is. 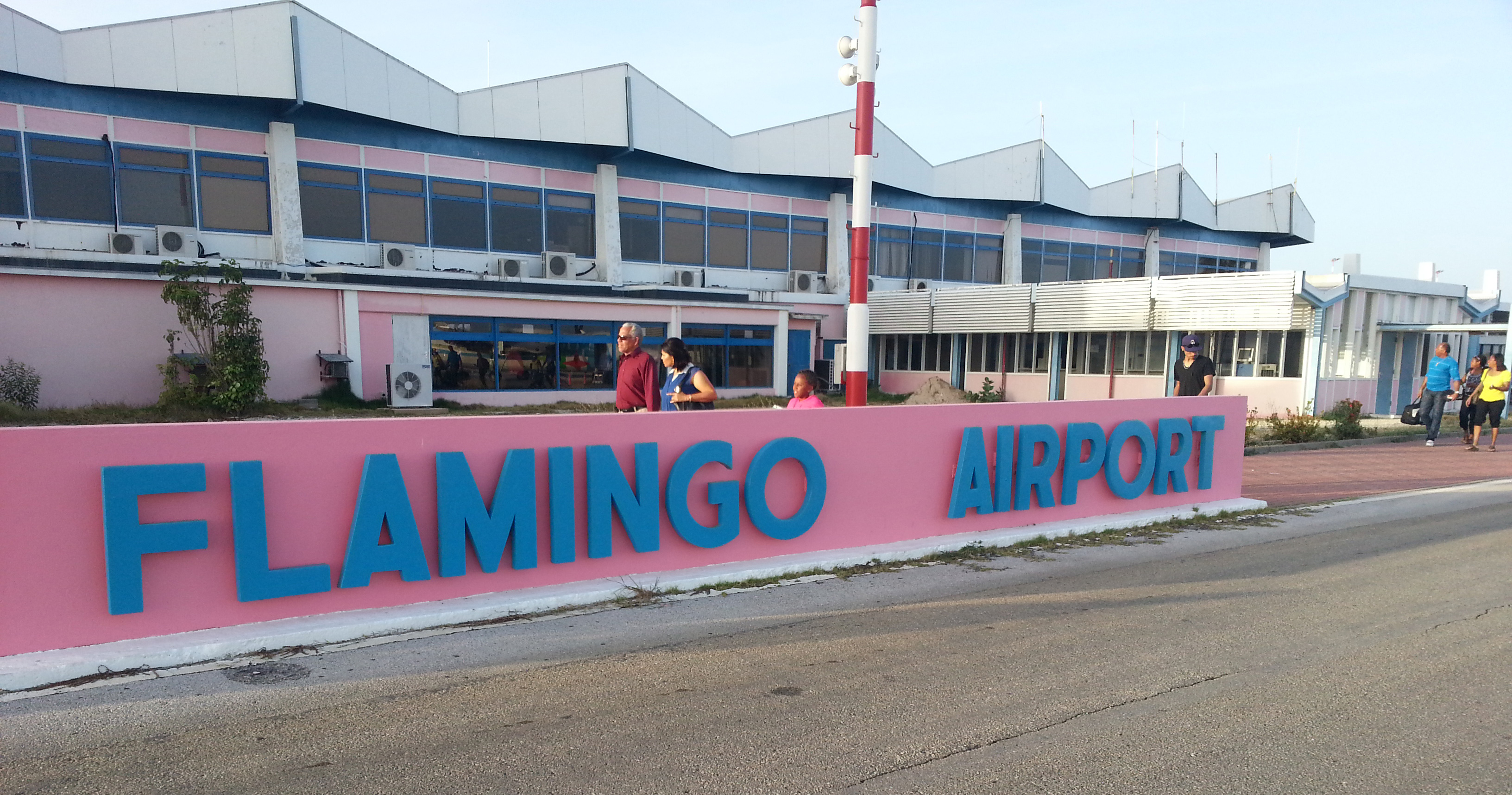 When I lived here as a teenager with my parents back in the seventies, there were only 9,000 people on the island. Now the population is around 16,000 people.  As I understand it (and I’m still piecing this together), back in 2010, Bonaire changed their constitution to actually become part of Holland. Previously they were a sort of colony of Holland, but were self governed. Now citizens of Bonaire can even vote in Dutch elections back in the motherland.

The result is a huge building boom on Bonaire over the last five years. I’m still amazed at how built up Bonaire has become. But there are still a lot of unfinished projects. The development by the airport has been sitting idle for about 10 years.

Today I arrived at the office at 8 o’clock, and was met by Brad Swanson. Like everyone here, he is very friendly and helpful. First we held staff devotions with Brad, the acting Station Director, Brandon Neal, the Business Administrator, and Dave Pederson, the engineer. There are also three Bonairians on staff who maintain the towers, etc. The strange thing was that when we asked one of the Bonairian workers to read the scripture reference, he read it in Papiamentu, the local language of Bonaire, which I don’t understand.

Brad set me up in an office on the second floor of the studio. It has a very nice computer with a double monitor running Windows 7.

Next I sat down with Brandon, and we had a good long talk about his plans for the project. I’ll have lots to do during my seven weeks here. We seem to get along very well, and he has a good sense of humour. Tomorrow we are supposed to hold a conference call with the IT Department in the U.S. After that we should have a pretty good idea of what they want us to do. That is when the work will begin in earnest.

In the afternoon, Brad picked me up, and we went to the Flamingo Resort across from my house to pick up two tourists from Herald of Truth, who wanted a tour of the transmitter site. It turned out they didn’t have their own vehicle, so I ended up sitting in the loading area of the Jeep, and we drove off to the transmitter site. Things are pretty relaxed on Bonaire, so we didn’t get a ticket or anything.

The electricity needed to power TWR-Bonaire’s broadcasts is purchased from the island’s power grid. The old method of producing our own power is no longer cost effective, so those old generators (called “ma” and “pa”) are longer in use.

The most amazing thing was that the entire transmitter site is now completely automated. The 100,000 W transmitter that sits there now can be controlled remotely by computer. Any alarms generate a text message to Brad’s cell phone. It is coupled to a tuning array, which can direct the signal to specific parts of the globe. Previously we just blanketed the entire South American continent. Now we can broadcast the Gospel message to over 64 million people in South America and all over the Caribbean – especially in countries where good Biblical teaching is not readily available.

Next we returned to the studio to continue the tour. I must say, there is a lot of road construction on Bonaire, and the roads are very rough. The studio too is largely automated. Everything is sent to us via FTP. We broadcast at night from 5:30 p.m. to 8:30 a.m. The office area of the studio is now rented out to a school. There is also no driveway between the office and the studio buildings.

The large sound studio is now used as a conference room. There are two on-air studios where we can actually transmit from. The studio is connected to the transmitter by a 100-foot tower at the back of the building and there are also satellite dishes in the back. I was able to find an old staff photo on the wall with mom and dad there from 1975.

I used my car to help shuttle the tourists back to the hotel. Brad suggested that I quit early so I could register at the scuba dive, as they close at five. So I trundled my suitcase of scuba gear across the road and over to the dive shop. It is only a four-minute walk for me. 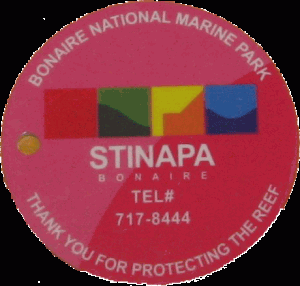 Once I signed about a dozen forms and paid the $25 environment fee for the reef foundation, I was assigned a locker on the dock. (See stinapa.org) I told him I wanted to do a checkout dive right then, and they agreed after some persuasion. A checkout dive is only done to a shallow depth to test your equipment.

Just as I was getting in the water to check out my equipment, two Dutch girls asked if I would like to dive with them, as they were also on the check-out dive. I readily agreed, as I prefer to have a buddy with me. I had to readjust my weights, but otherwise everything checked out. We ended up doing a 45-minute dive to about 60 feet.

I must say, it was wonderful to be back on the reef! We saw a couple of barracudas and a small sunken boat. There was actually a fair amount of debris on the bottom, which is now all overgrown with coral.

Once I got changed, I got in my little Suzuki Samurai Jeep and went and found a Chinese restaurant for supper. I then wanted to see if I could pick up some stuff at the supermarket, but they had already closed. I’ll have to try again tomorrow.

So I decided to drive around town, and discovered that my old Catholic high school is now some type of shopping mall. I even drove by our old house in Antriol, and found it to be very well taken care of. It was dark, so I couldn’t be sure, but I think the flamboyant tree I planted in the back yard is gone.

Now I am back in my house, using my microphone to type up this blog. I’ve run into trouble getting the photos off of my cell phone, so there won’t be any photos uploaded tonight. I’ll have to speak to David at the office, who is an expert on iPads. I’m sure we will figure it out shortly.

And so, after my first full day on Bonaire, it seems like this will turn out to be an awesome adventure!